Dhamma Bodhi, meaning "Awakening of Dhamma", is a Vipassana centre spread in 18 acres of lush green campus, just 2 kms away from the world heritage site of Mahabodhi Temple, Bodh Gaya, Bihar in India, which is the place of enlightenment of Siddharth Gotama, The Buddha. Dhamma Bodhi is one of the hundred Vipassana Centres established worldwide by Principle Teacher Shri Satyanarayan Goenka in the tradition of Sayagyi U Ba Khin, the Burmese meditation master. Dhamma Bodhi holds a special place for Vipassana Meditators all around the world. Meditators come here deepen their Vipassana practice which was rediscovered by Prince Siddhartha 2600 years ago and was instrumental in his attainment of Enlightenment.

After coming to India from Myanmar, Goenka Ji started teaching Vipassana as he had learnt from his Teacher Sayagyi U Ba Khin. The first course was held in Mumbai in the year 1969. In 1970, the first Vipassana 10 day course of Bihar was held in Bodhgaya at Samanvaya Ashram, right next to Mahabodhi Temple. For the next few years, Goenka Ji visited Bodh Gaya almost every year and many courses were held in Samanvaya Ashram and the Burmese Vihara. Students from all over the world participated in these courses.

First piece of land of 10 acres was bought in 1994 by a group of grateful old students and the "Bodhgaya International Vipassana Meditation Center" trust was created. The trust board then started development of the campus, by building infrastructure and organizing 10 day courses. Since then it has been a long journey and people from remotest part of the world have come to this pious land to meditate and serve.

From the generous contribution of old students, the expansion of the center happened and a Dhamma Hall for 100 students, Pagoda with 70 cells, Teachers residences, dining rooms, student residential areas, office premises and guest rooms were built.

The second piece of land was also bought from the nearby villagers shortly and was earmarked for the Long Course Centre, with permission of Shri Goenka Ji.

The first long course was held at Dhamma Bodhi in the year 2008.

The centre is now running courses for 90 males and 80 females. 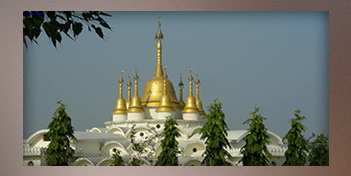 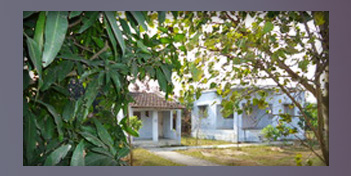 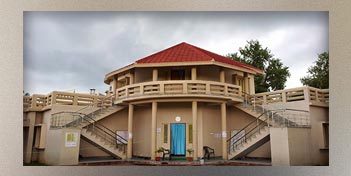 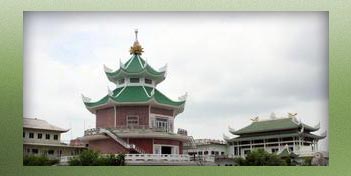